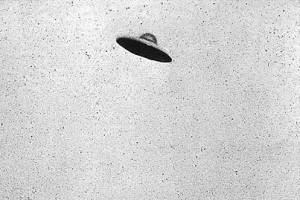 Let’s just go ahead and say that literally none of these names shock me. It’s quite a motley crew of celebs that have said they have experienced encounters with a UFO of some sort. The list from MSN.com includes Olivia Newton-John, Sammy Hagar, Shirley MacLaine, Congressmen Dennis Kucinich, Mick Jagger, John Lennon, Muhammad Ali, Walter Cronkite, Jimmy Carter, and Elvis Presley. I mean don’t get me wrong, I think there are some UFO’s or aliens out there, the universe is too fuckin big for us to be alone. I have watched enough Discovery channel to believe other wise, UFO Hunter’s is a nutty show and can brainwash even the biggest cynic into believing.

What gets me about this list is that literally everyone has an explanation. The rockstars are easy, they are/were so fucked up on drugs it is incomprehensible. Mick, Sammy Hagar, John Lennon, and Elvis were stoned on 3+ drugs at any given time, so them seeing and bugging out about UFO’s is clearly going to happen over several years of heavy drug use. My favorite out of them is Mick who made sure to have a permanent UFO Detector installed in his home after he had some wacky UFO experiences on a camping trip and was convinced he was being followed around. Mick rules. Muhammad Ali is clear, the constant abuse to the head over the decades in boxing leads to seeing shit, like lights flashing in your vision, which coincidentally could look a lot like a flashing UFO in the sky. And the Politicians are just crazy, that’s my only explanation to that. Who knows, I mean I believe in aliens and stuff, I think? What do you guys think and what do you think of this list of celebs? True or full of shit and on drugs?

If aliens exist, I hope they look like this guy...

3 pals (Phil S., Rob M., Mark M.) who all find irrational amounts of enjoyment from everything related to the movies. Hell, we even love the Fathom Events trailers. Come to our site for assortments of movie posts, podcasts and our original series “Drive Home Reviews”.
View all posts by PhilMMCritics →